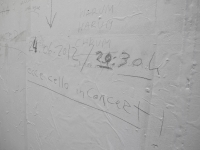 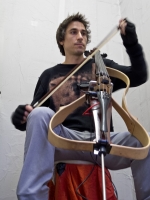 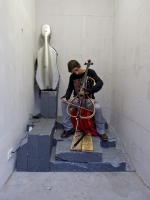 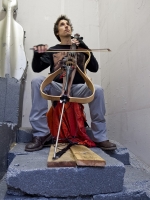 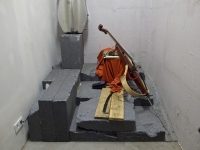 by invitation of mario asef to perform at prosthesis 9t:

A smartphone coupled to the bridge of an electric cello serves as a live looper and sound processor. inspired by both the classical music tradition and the latest tech­nologies, ecce cello is an attempt to create a musical instrument own, au­ton­o­mous. adapted to the crude needs of an individual, building a le­git­imate tool of expression, radically personal. the sound of what one is, that gives voice to a battered music; crowned with thorns, fateful. crossed by a vague hope sustained in the reaffirmation of individual identity.