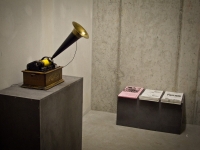 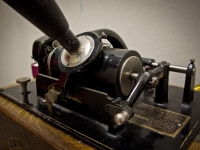 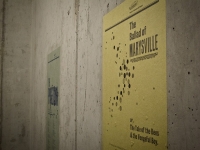 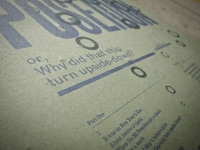 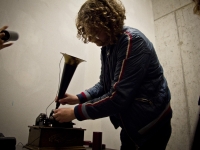 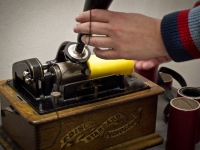 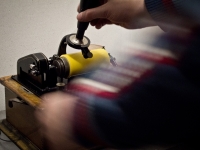 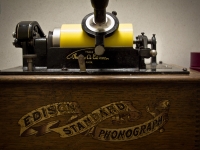 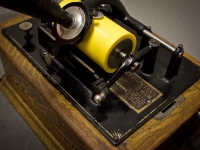 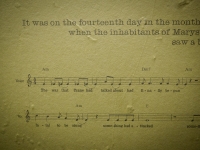 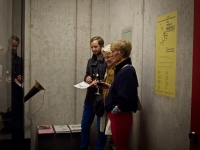 Stories of Alienation and Disaster brings together fictional and non-fictional accounts of various natural and technological disasters to explore our rela­tion­ship with the natural world and the invented world. The traditions of storytelling that include the folk ballad, the broadside sheet and the disaster film are brought together at die raum for the first showing of artefacts from this body of work. Wax cylinder recordings and letterpress printed broadside sheets present tales of how we deal with hardship, death, destruction and survival.
Following the conventions of the folk ballad, new disaster songs have been developed from existing melodies recounting animal attacks, floods, earth­quakes, shipwrecks, plane crashes and collapsing bridges. Accom­panied by broadside lyric sheets, which visitors can take away with them, these ballads will be played, as they have been recorded, on wax cylinders for the opening event.
Ian Brown’s practice is concerned with investigations into the advancements of technology — testing the progression and optimism associated with these devel­opments against the problems of our everyday use of them. His work has ex­panded more recently to consider the relationship between the invented world and the natural world; where we struggle to cope with both man-made creations and the wonders of nature.

Ian Brown would like to thank musicians Jeremy Cusworth, Caroline Helbert and Jason Steel for their work on the songs included in this exhibition. He would also like to thank Duncan Miller of the Vulcan Wax Cylinder Recording Company and Kelvyn Smith of Mr. Smith’s Letterpress Workshop.